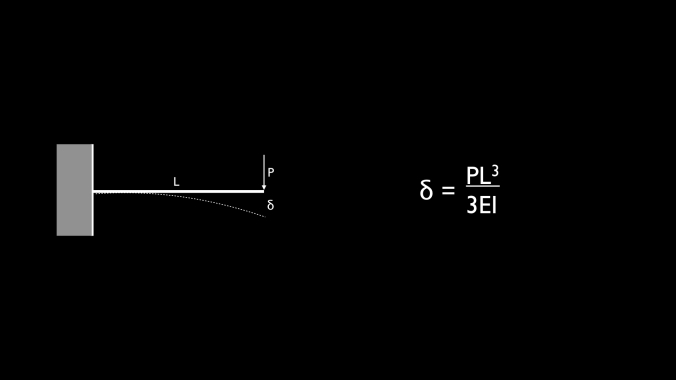 Big and Tall is off to a fine start this year.  We’ve managed to get through the first 2000 years or so of western building (fun stuff) in a couple of weeks and now we’re getting to the Enlightenment (more fun stuff).  What happens when building culture goes from a purely empirical approach–we could pile this many stones on top of one another, so maybe we could pile (this many +1) stones on top of one another?–to something that involves the process of experimentation–observation, hypothesis, testing, rinse, lather, repeat?  There are a bunch of moments in the 15th through 19th century where some insight becomes part of the collected wisdom and the models get more and more useful to actual builders.

To talk about this, we start with the fact that ‘structural engineering’ in medieval and renaissance building relied largely on quadrature, the process of tracing out geometrical relationships between circles and squares, and using the resulting line segments to size buttresses, walls, etc.  This was basically rule-of-thumb advice codified, but it had the appearance of divine mathematical rigor.  Thicknesses of supporting walls were given a dimensional relationship to the roofs, domes, or vaults they supported, but why this worked was never established–or really questioned.  While this gives the appearance of a structural theory, it was simply a way to replicate the proportions of existing structures–really a fancy way of keeping track of how many stones the last pile had held.

Leonardo (1452-1519) is often seen as one of the pioneering figures of statics, but his observations on beams and columns were very much stuck in this medieval mindset.  He relied heavily on authority–on quadrature for his unbuilt church designs, and on Aristotle for his insights into beam theory in particular.  To stick with this, Leonardo’s “Principle of Levers” was a rudimentary theory of bending moments–that the deflection of a beam was related to the magnitude of the load it was being asked to carry, and the span–or lever arm–between that load and the support.  From his sketches it’s apparent that Leonardo thought of these both as linear relationships.  And while that’s true for the load, a simple experiment would have shown that it’s not at all true for the span.  That, in fact, is an exponential relationship.  To wake students up at this point, I like pounding the desk and saying that while Leonardo may have been a great Renaissance artist, he was still, profoundly, a medieval scientist. 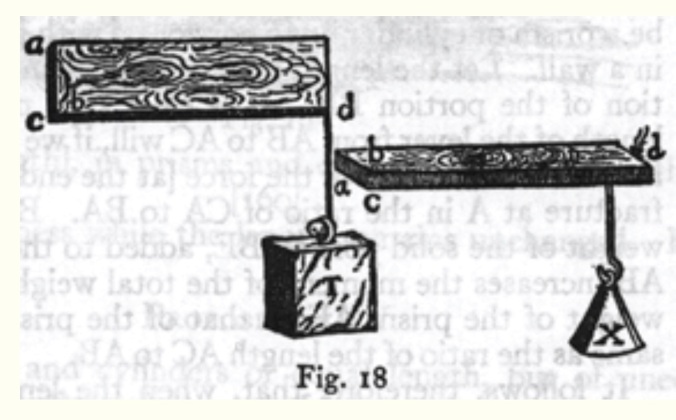 That insight had to wait for Galileo (1564-1642), who had nothing better to do during his famous house arrest then to test out and refine his own theories of statics.  Galileo was the first of the great experimenters, devising ways to actually put ideas about how things work into the world to see whether they were right or wrong.  That’s a profoundly different attitude than relying on the authority of Aristotle, or the Church, or quadrature–part of what got him in trouble in the first place.  But it also produced refinements that took Leonardo’s observations and hypotheses and a) proved them qualitatively correct but mathematically wrong, and b) made refinements to them that produced a useful mathematical model.  Galileo recognized that the span of a cantilever was in fact exponentially more important to deflection than load was.  And, importantly, by looking at actual beams under load he recognized that the depth of a beam also mattered.  In the very SCI-TECH observation above, a flat beam carries far less (or deflects far more) than the same shape turned on its edge.

From there, our understanding of deflection underwent several further refinements.  Robert Hooke recognized the relationship between stress and strain, making the whole idea of a deflection formula meaningful.  Euler’s work on bending gave us the Modulus of Elasticity (E), and wove the importance of material strength and stiffness into the equation.  Finally, Navier and Fairbairn, working in iron at the turn of the 19th century, began to refine Galileo’s recognition of “depth’s” importance.  Moment of Inertia (I) measures not just the depth of a beam, but where the area of a beam is located in its cross section.  This, of course, made little sense when nearly every architrave or beam was hewn from wood or stone, with little labor spent on sculpting cross sections.  But in iron or steel, where quantity mattered and could be easily controlled by rolling, Moment of Inertia becomes something easy to play around with and to fine tune.  Materials and form influence one another, and the way we think about one often leads to insights about the other.

So, that’s a nice story, and it’s a good way to teach deflection–bringing students along one variable at a time.  But it also shows that our knowledge usually proceeds by refinement.  If you’re trying to explain to a layperson how a beam works, Leonardo’s “Principle of Levers” still works.  But if you want to know how this particular beam design will work under these conditions, you want something more than a qualitative model, and the scientists who came after Leonardo each refined that basic idea into quantitative models that allowed us to confidently predict what shapes and sizes would be necessary to achieve the spans and loadings that we desired.  The formula isn’t just a useful tool, it’s an historical document, one that shows how, despite the mythology of the great figures, what we know about building (or, really, anything else) has been a long-distance, long-term collaboration.

One thought on “deflection formula by committee”